Scott Storch is an American record producer and songwriter. He began his professional music career in 1991, when he became one of the first members of the hip hop group The Roots as a keyboard player.

Storch’s first two commercial hits were from the production on the track You Got Me by The Roots ft. Erykah Badu and Eve and his collaboration with Dr. Dre for the song “Still D.R.E.”. Storch has become one of the rap industry’s most reliable hitmakers with his catchy and dazzling keyboard lines.

Storch’s most successful solo production hit was “Lean Back”, a 2004 single by Fat Joe. He is without a doubt one of the top producers in the business, having worked on hits by 50 Cent, The Game, T.I., Chris Brown, Christina Aguilera, Beyoncé, Dr. Dre, Nas, Snoop Dogg, Pink, Lil’ Kim, Big Boi, The Game, DJ Khaled, Bone Thugs-n-Harmony, Russ, A Boogie Wit a Hoodie, Trippie Red and so many others .” Storch was also awarded ASCAP’s Songwriter of the Year award in 2006. 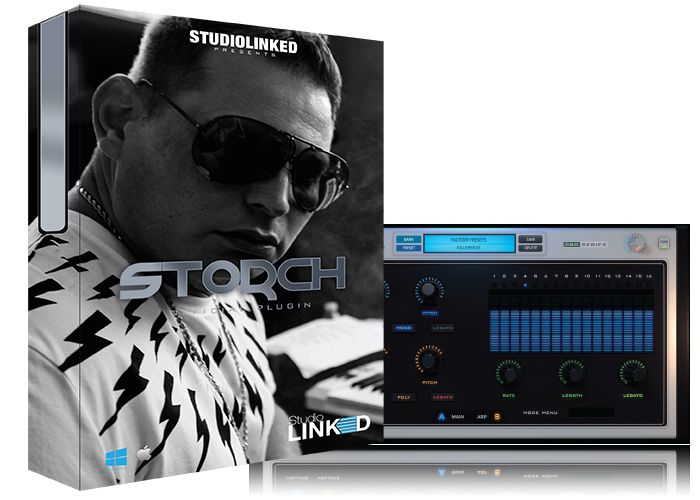 Storch and Studiolinked are proud to present the Storch virtual instrument. This dynamic software is influenced by the legend Scott Storch and his signature sounds. It features 300 presets divided across 18 instrument categories. The categories include: Strings, Drums, Dirty Pianos, Reverses EPs, 808s, Arps & more. What’s more impressive is that users have the capacity to create their own original sound with effects, features and controls such as Speaker emulation, Reverb, Chorus, Vibrato, Pitch, Glide, Arpeggiator, and Octave. Studiolinked is constantly working on new and improved virtual instruments for the fellow music creators. We work hard to ensure that our customers have access to all the best effects and sounds when it comes to creating. Check out the Storch plugin and get the hip hop vst sounds collected through his career.